It is a delicate balance to run a business in times of economic uncertainty. On one hand, you want to be optimistic, but on the other, you must also be realistic. Many organizations in a variety of industries did just that when the pandemic first struck. Whether in official press releases, mass emails, or executive meetings, business leaders acknowledged that tough times may indeed be ahead, but also expressed confidence and cautious optimism that supply chain disruptions would be minimal.

While the economic fallout from the pandemic proved to be less harmful than anticipated for some – particularly those in the big box and e-commerce retail segment, such as Walmart and Amazon – it greatly impacted the vast majority of industries. This includes food and beverage suppliers, packers, and manufacturers. Indeed, the pandemic and resulting economic downturn have impacted several major organizations, and as a result, led to a domino effect resulting in back orders and food shortages.

“The food and beverage industry is ramping up efforts to adjust and adapt.”

Since a vaccine for COVID-19 likely won’t be available any time soon, the food and beverage industry is ramping up efforts to adjust and adapt so shelves, pantries, refrigerators, and freezers are as fully stocked as possible.

In one form or another, from restaurants to processors and grocers, no food-related organization has been unaffected. But the meat industry may have gotten the worst of it. As reported by The Wall Street Journal, this $213 billion segment has experienced significant declines in production and assembly line output, as thousands of workers have been sidelined after testing positive for COVID-19. According to the Department of Agriculture, beef and pork yield plummeted nearly 30% during the first full week of May when compared to the corresponding period in 2019.

With fewer individuals operating assembly lines, output naturally declines, but these adverse effects were exacerbated by meat plants shutting down almost entirely. Food service distributors are as a result notifying customers of what to anticipate in the days and months ahead.

“Expect little to no boxed beef,” a correspondence obtained by the Journal read. “Business as usual is nowhere in sight.” Meanwhile, dairy farmers and bottlers have encountered similar obstacles during this ordeal. Early on, grocers throughout the country experienced “panic buying,” in which consumers snatched up gallons upon gallons of milk in anticipation there would be a shortage. Others followed suit, fearing they too would be unable to purchase milk products. This forced the industry to ramp up production. However, with illnesses also impacting bottlers, the surge in demand could not be complemented with growth in supply, resulting in millions of gallons being dumped due to curdling.

Nearer to the start of the public health crisis, organizations like the American Dairy Products Institute turned to the federal government for guidance and support. In a statement, ADPI CEO and President Blake Anderson said at the time that the U.S. needed to draw lessons from what other countries had encountered. 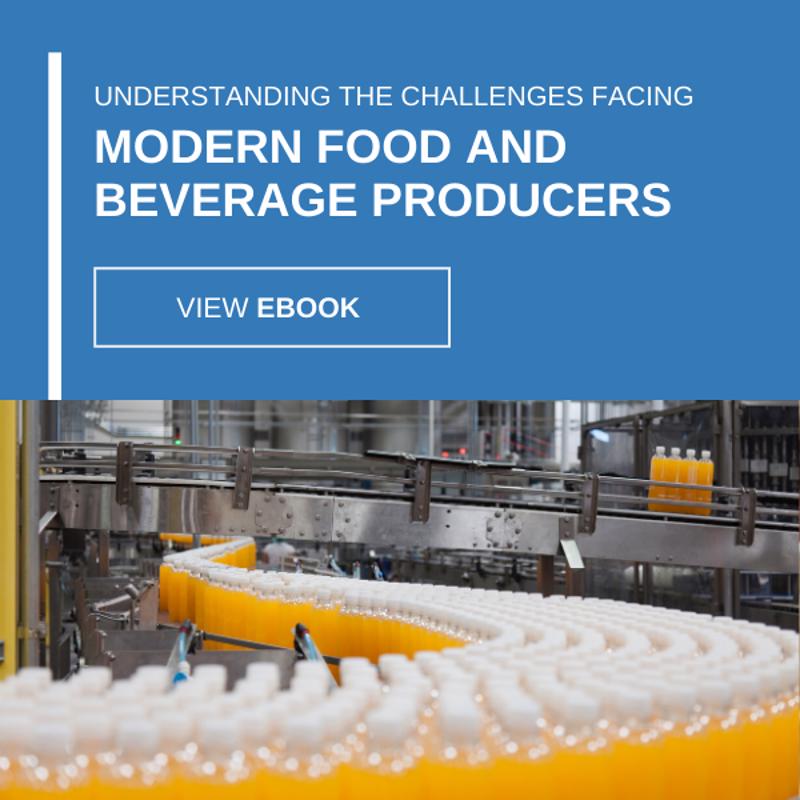 “It is imperative that our federal government now begin to lay out a strategy for ensuring the continued operation of the critical infrastructure industries,” Anderson said at the time. “After speaking with the EU and Canada about impacts to their dairy industries, we must prioritize the safety and availability of our workforce, ensuring transportation routes remain open, and providing a viable market or market alternatives for our nation’s dairy products.”

Shortly thereafter, Coca-Cola reported some of its own supply chain issues, only related to the sugar alternatives used in its diet and zero-calorie products. As reported by CNN, the soft drink conglomerate noted in its annual report that it fully anticipated “critical raw materials” like sucralose, cyclamate, stevia and acesulfame potassium may become harder to find, having experienced fewer shipments from China.

While many point to the COVID-19 pandemic as the first of its kind, given the degree to which the virus has affected the economy, it’s possible that something similar may happen again. As such, the food and beverage industry may need to be more proactive about adapting their processes so interruptions can be mitigated.

Subsidiaries and franchises are at varying degrees of progress in the midst of these preparatory efforts. For example, MVP Dairy, located in the northwestern portion of Ohio, is more assiduously examining its supply chains to close gaps and ensure continuity. The co-owner of the plant told the Journal he’s stocking up on feed for his cows as well as vitamin and mineral substitutes should there be a run on such staples. MVP Dairy is also being more fastidious about cleanliness and sanitation by implementing regularly scheduled scrubbings of high-touch surfaces, handles, and equipment.

Inventory management more of a priority

It isn’t just the food and beverage industry that’s reevaluating its supply chains – it’s businesses, in general. For example, inventory management has always been something that consultants have promoted, but it appears that more organizations are taking this advice more seriously.

Griffith Lynch, executive director for the Georgia Ports Authority, noted in a recent group discussion that he’s witnessed the degree to which organizations have inquired and focused on smart storage strategies.

“We’ve moved from a just-in-time world to a just-in-case world,” Lynch said in a discussion hosted by the U.S. Chamber of Commerce, Supply Chain Dive reported. He further stated shippers have come to the authority requesting free storage.

Organizations inside and outside the food and beverage industry are also re-evaluating their suppliers and considering whether they should supplement them with a fallback provider. They’re further stressing the importance of buying local or at the very least transitioning processes that had been done overseas back to the States. In a Thomas survey conducted in April, nearly two-thirds of manufacturers indicated they planned to increase production and sourcing in North America, 28% of which said this move was “extremely likely,” Supply Chain Dive reported separately.

The coronavirus crisis has forced everyone to reevaluate business as usual. A new normal may be necessary moving forward. USC Consulting Group can help you make productivity improvements and learn from experience so challenging times can lead to opportunities for growth. Contact us today to learn more.